*** 12/6/17 Oh dear, just read that the West Bay sailing on Thursday has been cancelled due to mechanical problems ***

The MV Balmoral, a vintage excursion ship, is coming to West Bay Harbour on Thursday 15th June. You can book a cruise along the coast that day, a day trip to Swanage. The vessel is said to be one of the UK’s national treasures. She is a member of the National Historic Fleet and is one of the last coastal motor vessels carrying on the tradition of sailing day trips, having carried well over two million passengers throughout the years.

MV Balmoral was built in 1949 as the flagship of the Red Funnel Fleet to ferry passengers between Southampton and the Isle of Wight. In 1953 she took part in the Coronation Fleet Review of Queen Elizabeth II. In the late 60’s she was transferred to Bristol. From here she made trips around the Bristol Channel, the South Coast and up to North Wales for just over a decade before being sold and becoming, of all things, a floating restaurant in Dundee.

In 1985, the MV Balmoral was sold again and major renovation work began to get her back to her old self. From 1986 she cruised all around the coasts, rivers and islands of the UK. In 2012 the sailing stopped due to a number of issues including bad weather and a lack of money for repairs. There were grave doubts about whether she would ever return to passenger service. Volunteers raised enough to save and restore the vessel and in 2015 she did return, brought back to her former glory but in need of constant loving care and attention!

Captain Steve Mallett said at the time “There’s not too many of these older ships about and the best way to keep them going is by using them. If any old heritage craft … sits around as a static museum they tend to fall to bits – you have to use them.”

Last year on a foggy June morning we watched MV Balmoral dock in West Bay Harbour to pick up passengers for the coastal cruise. A small crowd had gathered to wave her off. She looked huge compared to the vessels you usually see in the harbour. 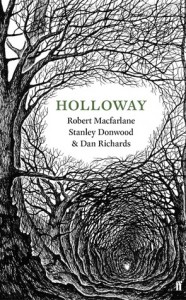 You don’t even need to go around the corner to find the Shop Around The Corner! On our last visit we saw we have a new neighbour. A shop on George Street selling quite a mixture of things, from cake making bits and pieces, spices, gifts, cards, and lots of local ciders. I’m not sure how many people decide they want to bake a cake when they are staying in our cottage but cider on tap just down the road does sound convenient!