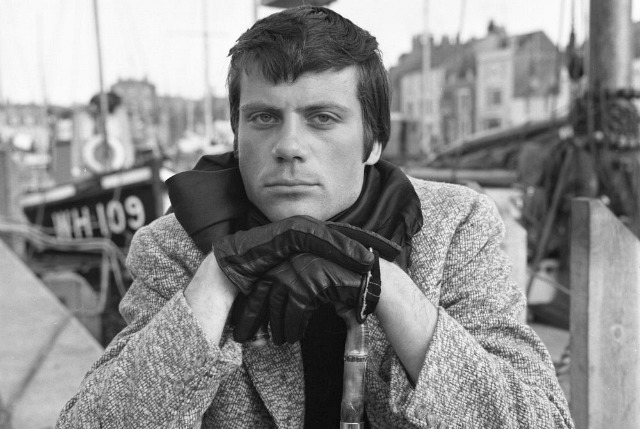 Did you see my other posts about movies with locations around West Dorset?  I’m concluding here with Weymouth and Portland. The films are mainly war films, including the 2017 summer blockbuster, Dunkirk. Not exclusively though, that’s a picture of Oliver Reed in Weymouth above, taken during the filming of Hammer Horror The Damned (see below). 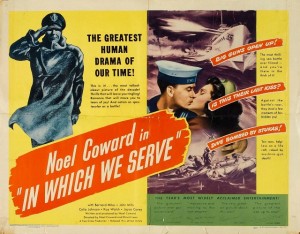 Weymouth and Portland have been used for several war and sea based dramas. Noel Coward, John Mills, and Richard Attenborough starred in the wartime drama In Which We Serve, a patriotic war film made in 1942 directed by Noel Coward and David Lean, with scenes filmed around Portland. 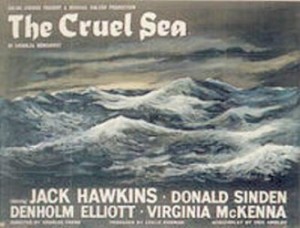 The film adaptation of Nicholas Montsarrat’s novel The Cruel Sea (Ealing, 1953) gave a first screen role to Donald Sinden and follows the adventures of the frigate Compass Rose, under Captain Jack Hawkins during the Second World War. Barry Norman described it in his list of the Top 100 Films as “a compelling study of ordinary men doing their best in extreme circumstances”. It is not set locally, but Portland was used to film some scenes. Portland Race was used for its rough waters to portray the “cruel sea” itself (the North Atlantic in winter). Portland Docks were seen in the scene where Donald Sinden emerges exhausted after being all night watching the radar plot, and later when Jack Hawkins and Donald Sinden go to inspect their new frigate. The Harbour is seen in the final shots, when the frigate anchors for the last time. 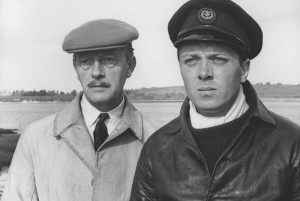 The Ship That Died of Shame (Ealing, 1955) is a black-and-white crime film starring Richard Attenborough, George Baker and Bill Owen. This story, also by Nicholas Montsarrat (although his book is not set locally), featured three demobbed sailors who rescue their old motor gun boat from the scrapyard and use it for smuggling along the south coast. It was filmed around Poole Harbour, Poole Quay, Weymouth waterfront and other places along the coast. 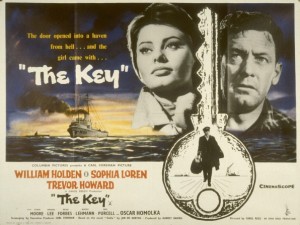 The Third Man’s director Carol Reed later directed The Key, a 1958 British war film set in 1941 during the Battle of the Atlantic. An American salvage tug captain now in the Royal Navy (William Holden) becomes involved with a beautiful Swiss-Italian woman (Sophie Loren) after being given the key to a flat. Again Portland Docks was used to replicate the wartime dockyard and  the esplanade at Weymouth was converted to look as if it was during wartime too. 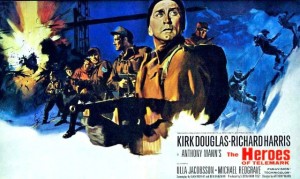 Various town, dockside, and ferryboat scenes were filmed at Poole and Weymouth in another war film, The Heroes of Telemark (1965) in which the lead character (Kirk Douglas) hijacks the ship to cross the North Sea so he can obtain British help. The sea crossing / minefield scene was filmed in Weymouth Bay. 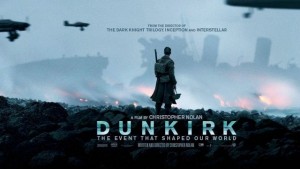 In 2016 filming took place in Weymouth harbour and Swanage for this summer’s blockbuster Dunkirk. Christopher Nolan’s depiction of the 1941 Dunkirk evacuation stars Tom Hardy, Sir Kenneth Branagh, Cillian Murphy,Mark Rylance and and One Direction’s Harry Styles. Having filmed on-location in France and Holland as well as Dorset, Nolan has been at pains to impart an authenticity to the film by using outdoor sets to recreate the sights, sounds and feeling of the operation. Not so accurate though, the Jurassic Skyline, only built in 2012, can be seen for a moment in the film’s trailer! 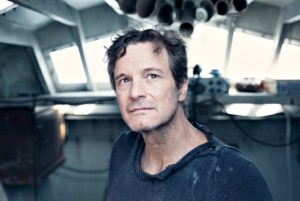 In 2015 Colin Firth was spotted on Portland filming scenes for The Mercy. It is based on the true story of the disastrous attempt by the amateur sailor Donald Crowhurst to complete in a race to sail around the world  in 1968, and his subsequent attempts to cover up his failure. The film is (finally!) due for release in February 2018. A local paper reported at the time that Colin Firth “appeared at Chesil Cove around 6pm dressed in a yellow sou’wester. A set had been built on the promenade and Firth filmed a scene where he climbs the mast of a yacht in a storm.” 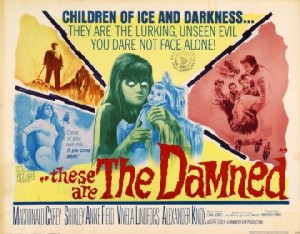 Oliver Reed, Macdonald Carey and Shirley Anne Field starred in the Hammer Studios “apocalyptic sci-fi classic” The Damned (1963), based on H.L. Lawrence’s novel The Children of Light. The film follows a tourist in Weymouth as he gets mixed up in a military plot where radioactive children are kept hidden from the world in a secret cliff side military base. A biography of it’s director, US expatriate Joseph Losey (a 50s refugee from the Hollywood blacklist), mentions how he was “drawn to the two locations, hand-picked in Dorset: Portland Bill, a strange, bleak peninsula, and Weymouth, the old-fashioned seaside town.”  The film is generally reckoned to be the strangest Hammer one ever made. Filmed in May and June 1961, it was not released in Britain for two years, and only then in a cut-down version. It has since become something of a cult film.

And finally, back with the 1967 adaption of Far from the Madding Crowd, Bathsheba and Troy meet up again on the seafront in front of the Royal Hotel on the Esplanade in Weymouth, and make a sudden decision to get married.

Have a look at this short video to see Weymouth seafront in the movie, plus a dashing Terence Stamp in his prime. Not a bad sight to finish on!

I hope you’ve enjoyed reading this round-up of films with West Dorset locations. Maybe you’ve been reminded of a film you haven’t seen in years? Next time you watch one see if you can spot any of the local sights. If you’re a film fan why not combine your interest with some holiday sightseeing. Explore the Jurassic Coast and beautiful countryside whilst you track down a film location or two. If you haven’t booked somewhere to stay we’d love to welcome you to West Bay Cottage. Take a look inside the cottage or head to our Enquire and Book page for availability, the rates and how to book.

Family Days Out In Dorset