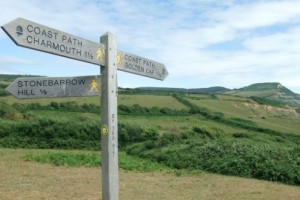 From the end of the Jurassic Pier in West Bay you can view the West Dorset coastline, a World Heritage site.

Look west to take in the Golden Cap, the highest point on the south coast of England, past Lyme Regis and as far as Start Point in Devon.

Look east and you see all the way to the Isle of Portland on the horizon. The massive shingle Chesil Beach runs the entire 18 mile stretch from West Bay and is the perfect place for a stroll. The sea has gradually graded the pebbles through the millennia, pea-sized ones at West Bay, potato-sized ones miles away at the eastern end. This bit of local knowledge assisted smugglers to know where they were when they came ashore in the dead of night with their contraband! 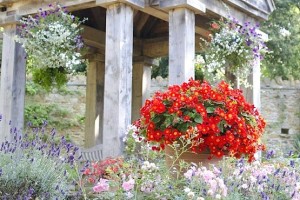 Places to visit along the Jurassic Coast

West Bay is a great base from which to visit the towns and villages along this stretch of coast. If you want to leave the car behind you can catch one of the the Jurassic Coaster buses in West Bay, with stops including Weymouth, Abbotsbury and Lyme Regis. You can also take a water taxi between West Bay and Lyme Regis. 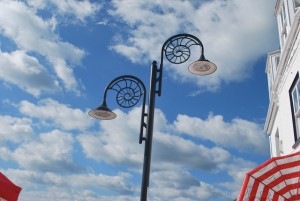 The genteel resort of Lyme Regis is ten miles to the west. Lyme Regis is made up of a narrow streets which tumble down to its 13th Century Cobb Harbour. It is a charming place to wander around with excellent independent shopping, including art galleries, fossil shops and gift stores. The beach is sandy.

You can visit a little museum which tells the story of Lyme’s fantastic fossils and Mary Anning. Her fossil discoveries in the early 19th century were some of the most significant of all time. One of the buildings at the end of the The Cobb houses an aquarium. 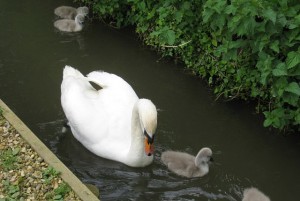 On the coast road to Weymouth visit Abbotsbury, a village full of little shops, galleries and tearooms. Three superb attractions are all located within a mile of each other around the village.

Medieval Abbotsbury Swannery is the only place in the world where you are able to walk through a colony of nesting mute swans. Spring is a nice time of the year to visit when the cygnets have just hatched.

Abbotsbury Subtropical Gardens are beautiful gardens with a viewpoint overlooking Chesil Beach. Regular events take place at the Garden. They are floodlighted during October and it’s fun to visit at Halloween.

Abbotsbury Children’s Farm is a great place for a young family. 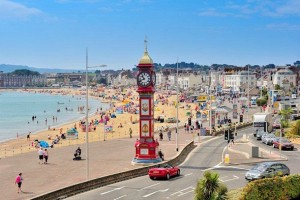 Weymouth, a 35 minutes drive away to the east, is a classic seaside town with a busy harbour. Weymouth has a huge blue flag sandy beach. It is very family-friendly. The safe, shallow waters are ideal for paddling, swimming and pedalos. A range of activities are on offer during the summer, from donkey rides to Punch and Judy shows. It is reputed to have the best castle making sand in Southern England!

Weymouth has a  Sealife Adventure Park. The Jurassic Skyline, a revolving viewing tower from which you can see miles, is included in the admission.

The Victorian Nothe Fort, located at the entrance to Weymouth Harbour, is a labyrinth of underground passageways and outdoor areas. It has stunning views of the Jurassic Coast. 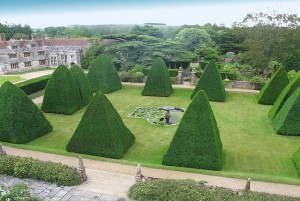 West Dorset is a lovely rural county. Most of the district is designated an Area of Outstanding Natural Beauty. Unspoilt by motorways and major roads, explore the area with pleasant drives through rolling, rounded hills and little villages. You can visit the county town of Dorchester and historic sights such as Hardy Monument (a local landmark of “kiss me Hardy” fame), the ancient chalk-cut figure of the Cerne Abbas Giant and Maiden Castle, an Iron Age hillfort.

West Dorset boasts fine historic houses and the mild climate means there are some stunning gardens. Take your pick from the Tudor manor house of Athelhampton near Dorchester, famous for its topiary, or the listed English Heritage gardens and animal park of Kingston Maurward. The sixteenth century Sherborne Castle has a glorious Capability Brown lakeside setting.  Mapperton House has a spectacular valley garden. The Jacobean mansion featured in the 2015 film adaption of Far from the Madding Crowd.

You could take a trip to Hardy’s Cottage (Thomas this time) and Max Gate, the Victorian home he designed. You can read more about Thomas Hardy’s Wessex here. 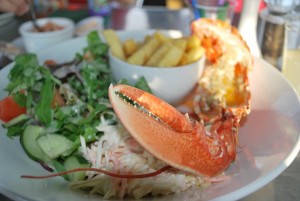 For suggestions of places to eat and drink in West Dorset please visit our Fantastic Food and Drink page.